The United States is now the site of a monument to a Nazi collaborator.

[…because of a lie called Russia-gate. Congrats, America. We’re now celebrating the very thing George Orwell warned us about. I often wonder if Americans even know who George was — or if they bother to read. ~ G] 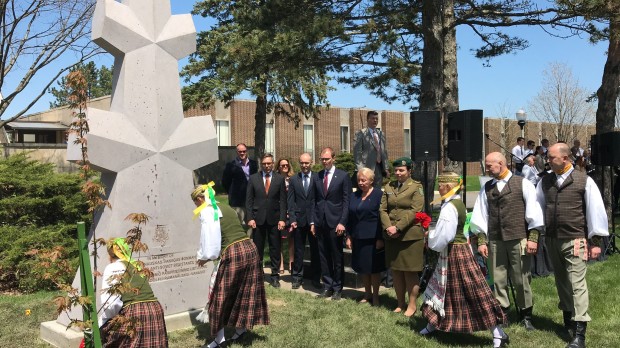 A new monument in Chicago celebrates US-born Lithuanian Nazi collaborator Adolfas Ramanauskas “Vanagas,” who led a fascist militia that massacred Jews in the Holocaust. EU and NATO member Lithuania heroizes him for fighting the USSR.