US Presidential campaigns are now in full swing and the curtains are propped wide open to reveal the sideshow spectacle which has come to represent her politics.  Come one, come all!  Tune out to the real issues of the day, like the slow and agonizing death of the middle class and the lack of a committed political body willing to lift a finger to stop the bleed-out of the people’s wealth.  Let’s not look at the costs, moral and financial, involved in empire’s endless rampage against oil rich nations, or the ethical morass which our tarnished state now represents to the rest of the world.  And by all means, don’t dare utter a word about the promise of yet another QE3 by Bernanke, which will further saddle the nation with greater debt and which America’s working class will ultimately be forced to pay; even as they proclaim the dire need for austerity. Oh no!  This election is about the cults of personalities and about their hollow promises of change.
If you’ve made it this far and haven’t been purged from the voting lists, due to political affiliation, or still actually believe in the lessor of evil politics, you likely still believe that America is a democratic state, because you get the November privilege of casting a vote.  Maybe you’re mesmerized by the endless campaign messages splattered across your TV screen which are approved by some smiling talking head and you find yourself hoping to God that the entire nation isn’t going to catch fire, just like Rome; even though you smell the burning and feel the heat on your neck. Its making you sweat. 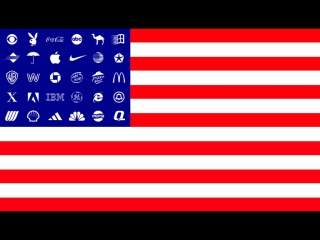 You force yourself to believe that the system still works because if it doesn’t, it means that you actually have to do something about it, or admit that you’re a coward and are going to get exactly what you deserve.  After all, they showed us what’s coming for the troublemakers, we got front row tickets to the preview; if you take to the streets, like OWS, you get beaten by police in riot gear and jailed without charge.  And should you make enough noise…you might even get paid a visit by the FBI and put on a domestic terrorist list.
So you play your role in the entire process and pick a side, with a held nose, and debate with your friends and neighbors from the prescribed talking points.  You steer clear of the messy details: the ever widening reaches of the police state, the loss of basic civil rights, the mounting racial tensions, corporate personhood, systemic corruption, environmental carnage, inequality, soaring incarceration rates, failing infrastructure, constant warfare and the end of the American dream.
I am here to tell you that without your direct involvement in the process that the middle class is going to be a concept reserved for history books.  I am here to tell you that the US is going to continue down the pathway of western hegemony till an economic collapse, or much of the world is a war torn wasteland.  Finally, I’m here to tell you that real democracy isn’t merely the ability to choose between highly selected corporate candidates of gunshot, or poison.  I am here to empower you and remind you that while it is true that we are presented with the politics of no choice, during Novembers election; it doesn’t mean that you can’t determine a third choice for the betterment of our nation…the choice of solidarity with your fellows.