The encounter between Trayvon Martin and George Zimmerman has polarized the nation. As more and more evidence against George Zimmerman is brought to light, it paints a disturbing picture of what actually happened that sad evening.

(1) Mr. Zimmerman was instructed by the 911 operator to remain inside and let the police handle it.  He went after Trayvon any way, although Mr. Martin had committed no crime.  He was simply walking through the neighborhood & talking on his cell phone….and he was black.

(2) The voice heard crying for help on a 911 call just before Trayvon Martin was shot to death was not that of George Zimmerman, according to two forensic voice identification experts, but actually Trayvon Martin.

(3) Mr. Zimmerman insists that Trayvon Martin attacked him and therefore feared for his life yet, the police video at the station shows no blood, no broken nose and no wounds to the back of his head.  You have to remember that a police report stated that Zimmerman was found at the scene with a bloody nose and a cut on the back of his head.  Zimmerman did not seek medical treatment.  Which brings into question the validity of the police report.

(4) According to a news report, Sanford Police initially felt they had enough material to arrest George Zimmerman in the shooting death of Trayvon Martin, but prosecutors were apparently reluctant in quickly making charges.

(5) George Zimmerman’s arrest record of (2) counts of domestic violence & resisting arrest and battery on a police officer demonstrates that he has a history of violence.

Looking at what has been revealed and suspecting that more is to come, I believe that Mr. Zimmerman will finally be arrested.

I also believe that during the trial Mr. Zimmerman will use a diminished capacity defense and that will be propped up by some xenophobic world view.

After all, young black men are scary….even when they are unarmed, just talking on a cell phone, committing no crime whatsoever.  In conclusion, had this been a white, unarmed teenager and the shooter had been a black male…

So much for the post racial American society we “think” we live in. 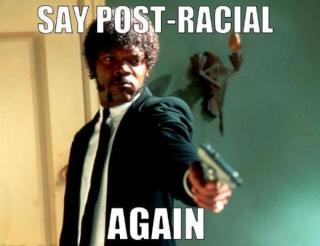 Mr. K. D. Wheeler is a 20 year veteran in the protective services industry, a former bail enforcement agent, private investigator, former United States Marine, and an unapologetic black nerd.  He was interviewed previously for TRC in March of 2011 regarding personal security.