A first in a series – making changes in some social media options.

[More on that later…]

Well, June has come and gone and the homestead is coming along slowly as I save up for much needed supplies, sundries and another vehicle. I’d prefer not to own one at all but the nature of the area I live in, dictates I need something sturdy and capable of hauling soil, straw bales and eventually lumber. My neighbors have been quite a blessing in regards to grocery runs and keeping me in a decent supply of wood for the fire pit out back. Not to mention fixing my fishing pole, providing home grown veggies from their own gardens and quite a few interesting tales about the area and it’s history.

Throw good conversation, a euchre game or two and some pot lucks in the mix and I’m home. That word has been somewhat elusive to me for awhile, so I’m making it a priority to be as good a neighbor as I’ve been seen fit to merit in mine.

We’ve had quite a bit more rain that I’d expected here so far this summer. The nights have been cool the last few days, downright crisp and fall-like which suits me just fine. Quite a blessing considering it is almost August and last year at this time, we experienced a drought emergency in the state.

This time last year I stepped off a three day long train ride and was en route to New Mexico, to work on a homestead in the desert and attempt to make a documentary film about collapse. I do have some decent footage to work with but alas, a feature film is no longer in the works. Others are doing a much better job at telling that story, so rather than juggle one more thing, I’m supporting their efforts, both monetarily and through scheduling appearances near where I live. I’ll share more about this in updates to come.

The one project, aside from accomplishing a myriad of things here on the homestead is to write books. A daunting task but one that has become easier since I got here. I’m making more time for that – and less time plugged into the Matrix of Facebook [now with more fascism!]. It started out as a pretty decent experiment, but then, so did democracy and that isn’t fairing any better under big brother.

My only other project is me. Selfish as that sounds, I’ve been on the move, with no home of my own for quite nearly 5 years while trying to figure out how to share information on preparing that I wasn’t doing myself, except mentally and spiritually. Though, preparing for collapse of industrial civilization doesn’t really come with an instruction manual. It does, however, have quite a few powerful voices of reason – some I feel very blessed to know and wouldn’t have if it weren’t for my seeking.

Landing in this place after this amount of time is no small feat, especially with things happening so rapidly now. Call it luck, chance, manifesting, the universe conspiring, etc…I will call it a blessing and welcome the gift of having soul sanctuary for the work that lay ahead.

Continuing the daily practice of posting things and raging into the void of cyberspace further serves in denying the gift I’ve been given, takes it’s toll on my heath which I need to care for this place and is ill suited to creative endeavor. Unless a voice in the wilderness calls back to you to join forces to try something different.

I’ve always been a fan of reinventing oneself. Some of us like change – sometimes it isn’t easy but I’ll repeat myself and add it is the only constant. Might as well make them yourself than follow the herd. Being trampled is a risk taken by folks who run with bulls and that might be exciting but I’ve always considered that more foolish than brave.

I never had anything to prove. I gained a lot by letting go of the horns.

It’s not a race. I’m in no hurry to reach anyone’s finish line if winning means competing for a place in a society with a death wish.

I choose life. And I choose to write about the living. 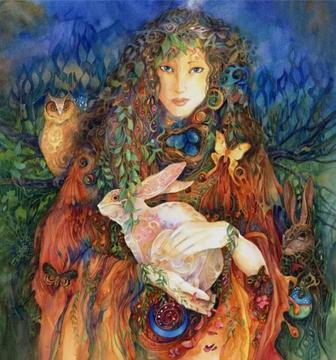