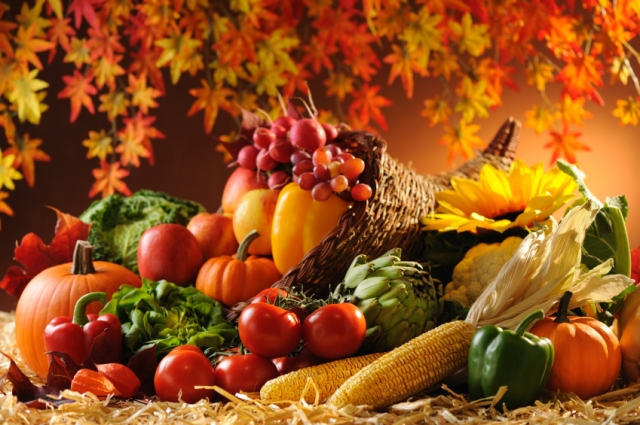 Season of mists and mellow fruitfulness,

Close bosom-friend of the maturing sun;

Conspiring with him how to load and bless

With fruit the vines that round the thatch-eves run;

To bend with apples the moss’d cottage-trees,

And fill all fruit with ripeness to the core;

To swell the gourd, and plump the hazel shells

With a sweet kernel; to set budding more,

And still more, later flowers for the bees,

Until they think warm days will never cease,

For Summer has o’er-brimm’d their clammy cells.

Autumn approaches. The smell in the air floats on the autumn breezes, enacting fond memories of festive times in our minds and lifting our souls, and bringing about feelings of togetherness, tenderness, warmth, comfort and joy. You can almost hear the sounds of jovial laughter and celebration through the rustling of the Fall leaves, blowing about from the trees. It invokes the deepest sense of connection to our world – to our family, our friends, and our neighbors. It arouses a sense of joy and happiness like no other time of the year. This time of year comes with one of our oldest celebrations – the celebration of the Harvest.

You feel the jubilant passion for the season. There’s an upbeat pep in in everyone’s step, as each of us anxiously anticipate the coming festivities. Our mouths begin to salivate, imagining the dishes that will be served at each and every Thanksgiving table. Somehow we can’t resist our thoughts lingering toward what’s coming. Our jobs, our bills, our tedious, petty lives we suffer throughout the year slowly become meaningless as the season approaches. All that seems to matter is the feeling. It is when our atmosphere, our entire milieu, becomes carnivalesque – we rebel against our lives of pain, subject to the authority of life in the culture of civilization, and our souls push us to resist.

This resistance we feel comes when the season reminds us of how the foods of the season are somehow so much more satisfying than at any other time. The tastes of the Harvest foods are much more scrumptious, delectable, savory, and luscious. They are sustenance for our souls. So much more do we look forward with anxious cravings the treats of the season. They are created with our own hands.

Sometimes, it is our own hands that had turned the soil that nourished them. Our loving mothers, or grandmothers, create some of these dishes, as we may have contributed to growing their ingredients. With loving care, the bounty of Mother Earth is molded into wondrous healing creations, nursing our damaged souls. It is a sharing of everlasting motherhood. Their smells, the aromas of them cooking, as family & friends gather, invokes the deep taste of what is eternal. We crave those succulent treats of the Harvest, because we hunger for the taste of the eternal. 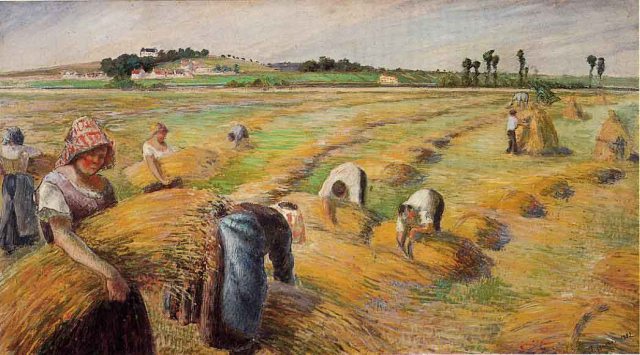 Harvest festivals and celebrations are as ancient as human culture. It is ubiquitous around the globe. What we know of the tradition continues to have hints of prior epochs interlaced within the rituals of the recent past and today, so it is unclear how far back and how widespread it goes. We have measured its arrival by either season or position of the Sun. Each culture has a different marker for its beginning and end. But, nothing marks its true climax for all cultures as had the moment of the Harvest.

From the first to the last stalk of corn, the feeling of joy, comfort, and connection took place that not even an astronomer, or even an astrologer, could calculate. As today, we needed no calendar to tell us the season was approaching. Like today, we felt it coming in our blood. It was the connection, the sensations we felt, the togetherness with community, which had always let us know it was time.

This yearning for the season was so great that the peoples of the past would believe that by taking the last ears of corn or grain and making it into a symbolic doll, figurine, or idol, was somehow carrying with them the spirit of Autumn through the winter months, in an attempt to prolong this elated feeling, that which seemed to sustain their lives. Then, the harvest could never end. It would be  eternal. By the following Spring, it would be buried in the rich soil of the planting season, as if to give good fortune to the new crop.

During the formation of the Church in the early Middle Ages, it had attempted to wipe out all signs, symbols, rituals, and traditions of the old pagan religions that culminated during the previous Greco-Roman era. Anything of indigenous origin that had not held to the canons of the Church was to be banned or washed out of everyday society and culture. But, one tradition was too joyous, too harmonious, and too righteous to let go of. Not even the Church fathers could abandon it to time. The power and magnitude of the Harvest was too great. The need for it by the human soul was too strong to go on unsatisfied. They could not bury the Harvest like they had buried so many other people, traditions, and sacred spirits.

But, why was this? So many other traditions were lost in the past, so many indigenous cultures, so many rituals wiped clean from humanity. Even today, the new “Church,” the religion of industrialized capitalism and monetary glory, dictated by its god “the invisible hand of the market,” with its evermore growing appropriation of sacred holidays with marketing and sales, cannot mimic the feeling of seemingly endless joy that emanates from the Harvest season. No matter how many costumes, plastic pumpkins, or candy that is sold, nothing can recreate the closeness one feels to the season such as the mere giving & sharing of the bounties of the season with friends, neighbors, and loved ones can do.

The materialistic fervor of the market, and its drive & ambition to acquire & consume, and squander the precious, finite resources of this world, its lustful greed, could never deplete the bountiful, eternal resource we find in the Harvest, nor could it extinguish the burning flame of warmth & joy it brings to our hearts. 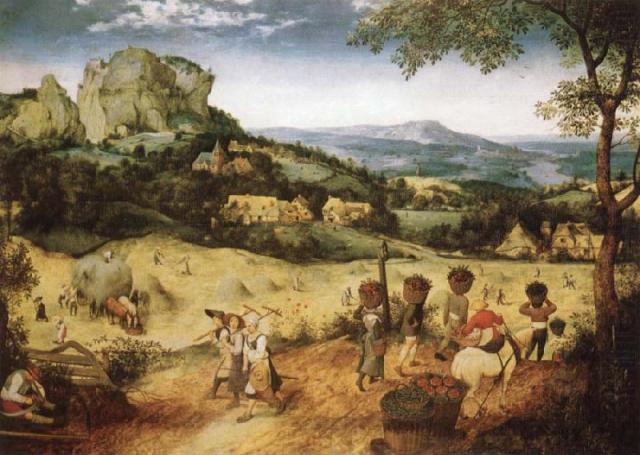 In some cultures, the harvest period would end with a last row of corn or wheat to chop. It became a bad omen or bad luck for the one who was to cut down the last row or the last stalk. It is as if they would not want the feeling of harvest to end. It is as though dread, sorrow, and melancholy, was placed upon the end of the harvest season.

Likewise, today, with this connection long lost to time, we cut down the last bounty of our harvest by allowing for industrialized capitalism to poison the last mountain stream, blacken the last piece of clear, blue sky, and kill the last human being so that few can prosper. It places doom upon all of us. And, if allowed to continue, there will be no next season of good planting to look forward to.

For it is this belief system that destroys our human traditions and our connections to this planet, which is merely the culmination and end result of the long-obsolete culture of civilization. Its oppressive edicts force us to have to continue with our degrading, pointless, unwanted jobs and professions just to survive, its dogma encourages us to forget the Harvest, and its propaganda puts us into a cultural sleep.  Our connection to the world is destroyed. It is as if this tradition of the unlucky reaper as being an omen for our time today. It is no wonder the reaper became a symbol of death.

All of these historical facts about our relationship with the Autumn season tells us volumes about ourselves. It is as if our desire for the blissful feelings of the season is the echo of Great Mother Earth speaking to us. It is why the familiar aromas of your grandmother’s cooking can bring back distant memories of comfort and joy, peace and happiness, even if she has long since passed away. It is why we are drawn to come together. It is why we are all drawn to the season, calling us home. The Earth whispers to us through the leaves calling us to the bounty of the harvest. It is what creates this connection – a connection so great that not even the conquest and rage of the dominant religion of the market, in control of our culture today, could steal away. 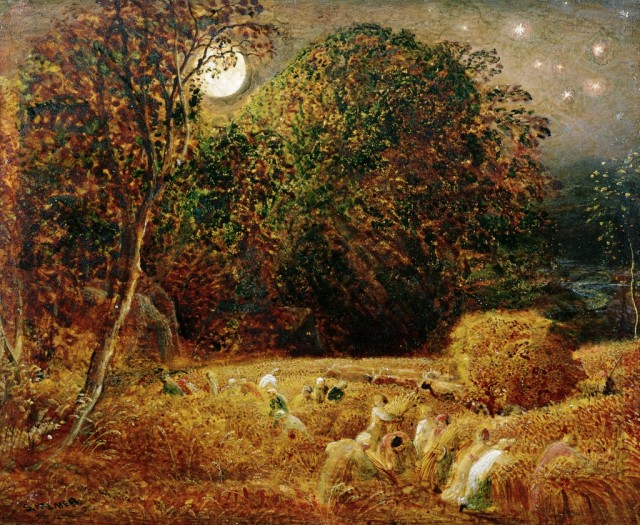 The resistance to end the bliss of the Harvest tells us that this is not how we are supposed to live on this planet. It reveals to us the lies and betrayal of this culture we are held captive to, and becomes the key to the prison that leads to eternal freedom. The passion for this time of year, of which we feel in our blood and in our souls, is what truly lasts and endures.

From these truths we can see, feel, and recognize why the old system is dying- why it had never worked in the first place. Our symbiosis has survived all this time, throughout the long, painful history of civilization. It confirms why letting the old system go and following the path of Transition is truly following the continuous, eternal path of connection to our world. It is the same sensation we feel at this time of year – the yearning and longing for it, the warmth and joy we feel in it. It is the call of our ancestors to connect with them. It is the call of the Earth to connect with it. It is the endless symbiosis of comfort and care, taking and giving, continuously sharing with each other of the bounties of the Earth that becomes the Eternal Harvest. In this we harvest each other’s souls. In this we harvest the soul of the Earth. In this we are harvesting the eternal. 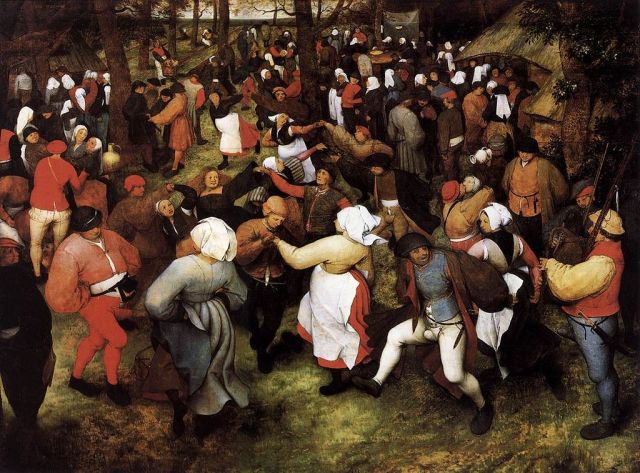