I will meet you there.” ~ Rumi

Greetings patrons!  And a warm welcome to our new readers!  Our numbers are growing, more countries are visiting The Refreshment Center and our Facebook reach is expanding daily.

In the spirit of the season, I wish to thank my readership – as well as my comrades – those incredibly talented and intelligent contributors who never cease to amaze me.  TRC would not be where it is without their dedication and understanding of the power of the word.

As the US slowly creeps toward yet another election – a process which has surpassed all definitions of the phrase ‘bread and circuses’ – I felt compelled to update you on some upcoming projects and ask for your assistance in sustaining TRC through this next round of ‘short attention span’ political theater.

Wednesday night, I watched the third party debates hosted by Larry King.  I found myself inspired and relieved that such clear, sane voices were broadcast over several outlets in multiple countries.  Will a third party win the U.S. presidential election?  Not likely.  But at this point in the continuing collapse of the economy, backing sanity is the only choice left – and supporting people who tell the truth is the same as backing media outlets who broadcast, write and inform the public, which promotes healthy communities and engaged democracy.  That has always been the goal of this blog.

I believe that the ponzi scheme government is in its last stages and they have resorted to desperate measures – the mainstream media is again promoting memes for the corporate puppet-masters – big oil, big ag and the miliplex.  We are witnessing a shocking uptick in Orwellian Newspeak and the public deserves to be given an antidote : a truly independent and free press.

Until the election and after – TRC needs your support so we can continue to deliver more News You Can Use in this ‘mad season’ which will go down in history as the maddest this country has ever seen.

I am also here to update readers on current projects – some are in the fire and others on the back-burner.  One of them is particularly exciting and will be announced in a joint message with our collaborators before Halloween.  It’s going to be big.

UPDATE: The above announcement had to be postponed due to Hurricane Sandy – my collaborators are peppered around New York and New Jersey – NJ being the hardest hit.  We’re still working despite the outages and intermittent communications because we believe what we’re planning is something special and something the public really needs.  Please stay tuned and donate if you can – every dime helps us cross more humps to the final announcement!

I am working on a documentary that is still in production – one that started in New Mexico with a visit to Dr. Guy McPherson’s sustainable homestead and will wrap up in southern Indiana with some interviews featuring a local permaculture guild and  I hope others making a splash in the food movement there. 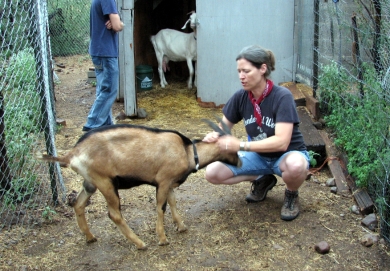 During my trip to New Mexico and points west, I also made strides on my first book – one that has been a ‘work in progress’ along my journey and has finally begun to take shape with the title soon to be announced in the new year.

I share my deepest gratitude to TRC’s contributors for the steady, intelligent, thoughtful and funny refreshments that kept this blog not just growing but timely and relevant while I work on delivering other refreshments during this epic time in our collective history.

My dear, free-thinking patrons – it is time to put our wading boots on for the election season.  The cesspool of offal must be trudged through in order to keep people informed and educated about the future we’ve seen predicted time and time again.  We can only be as wise about our current situation as the information we seek.  The future belongs to those who are prepared to face it head on, without fear or doubt.  It is time for bold speech and bold action.

Now is all we have – let’s make it count.  Your donations help us deliver truth, clarity and reason: things that have never gone out of style despite the war on all three.  We’re going to need all of them to flourish on the other side of this coming shift.

Yours in dynamic peace,
Gabrielle
~~~~~~~~~
‘I can sense it…something important…is about to happen.’